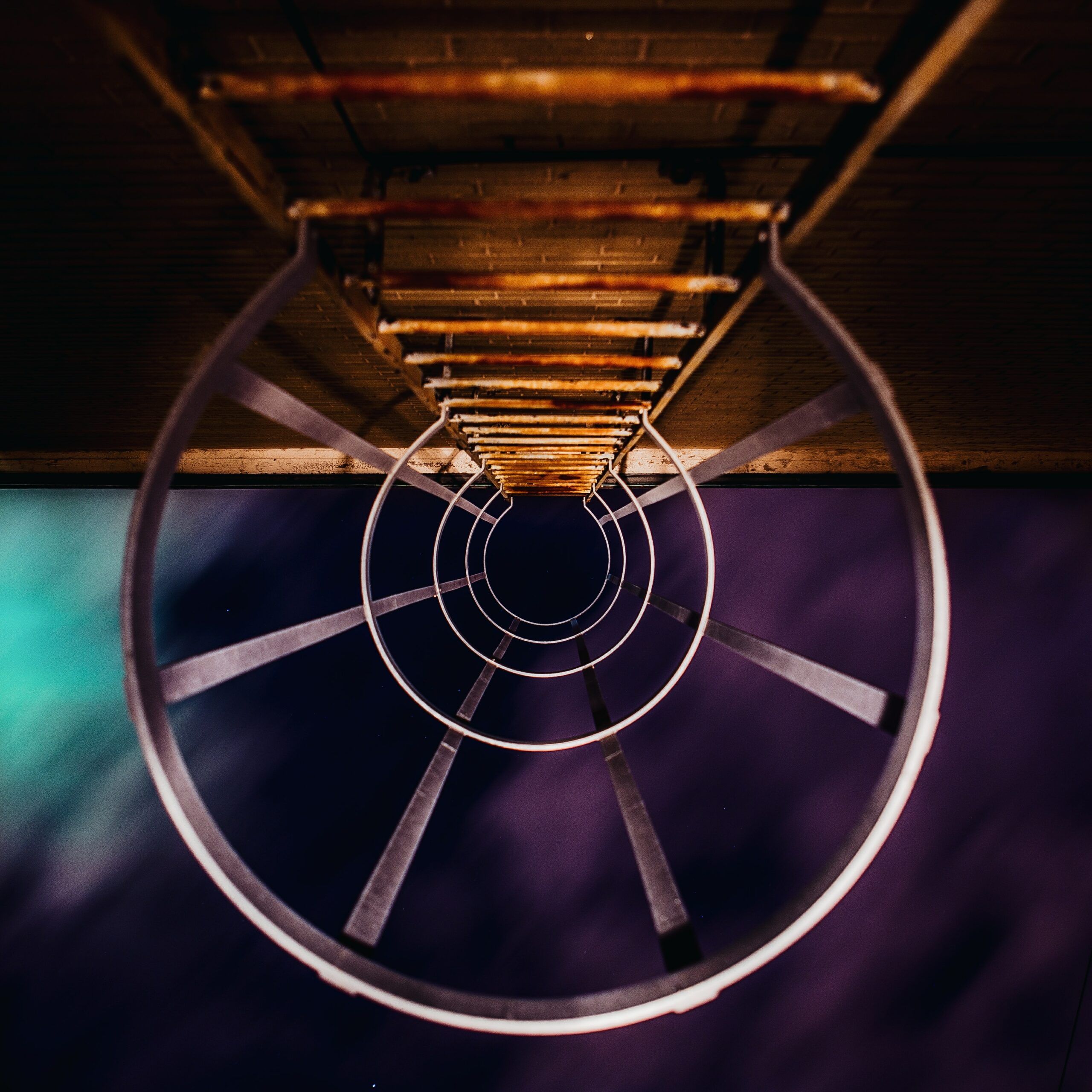 As we continue our series on the disciplines that the Christian should incorporate into his character, we would like to take a look at The Discipline of Distinction. As we have pointed out in previous articles in this series, these are called “disciplines” because they are not acquired without deliberate effort. Discipline is “training that corrects molds or perfects the mental faculties or moral character” (Webster’s Ninth New Collegiate Dictionary, p. 360).

Edman adds further evidence to substantiate that disciplines must be learned by citing Paul’s statement, “… for I have learned, in whatsoever state I am, therewith to be content. I know both how to be abased, and I know how to abound: everywhere and in all things I am instructed both to be full and to be hungry, both to abound and to suffer need” (Philippians 4:11-12).

A good summary of his life is given in 2Chronicles 26:15b-16a where it says, “And his name spread far abroad; for he was marvellously helped, till he was strong. But when he was strong, his heart was lifted up to his destruction…” We might title his story, “A Tragic Conclusion to a Promising Life.” The chronicler says of King Uzziah, that he did what was right in the eyes of the Lord, but goes on to describe that after a time he made choices that resulted in calamity for him and for his legacy. It would seem that the Lord is providing us warning that how we live, the decisions and the choices that we make, matter a great deal. To begin well is not enough. The Lord wants us to finish well, too

In verses 2 to 15 the chronicler provides us a substantial list of achievements that made King Uzziah great:

The chronicler also explains how Uzziah was able to accomplish his remarkable achievements. We read in verse 4 that Uzziah did what was right in the eyes of the Lord, according to all that his father Amaziah had done. In those years that Uzziah flourished, he set himself to seek God….But secondly, Uzziah had help. We also read in that same verse that he had a religious advisor named Zechariah who taught Uzziah to fear the Lord. He was to Uzziah what Jehoiada was to Uzziah’s grandfather Joash. In addition to teaching Uzziah to fear the Lord, one can assume that Zechariah appropriately held Uzziah accountable for his life with God.

God helped Uzziah fight his battles with his enemies (v.7), and Uzziah’s fame spread far for he was marvelously helped until he was strong (v.15). But something went dreadfully wrong. Who would have anticipated anything from King Uzziah but the continued favor of God, and success in all his pursuits? We must now ask what happened.

Verse 16 says, “But when he was strong he grew proud to his destruction, for he was unfaithful to the Lord.” Something radically changed in Uzziah’s life. It seems likely that Zechariah was no longer an influence in his life and had not been replaced by another mentor. Uzziah was ambushed by pride, and with that he ceased fearing the Lord. He was at the top of his game as a king. He had great power. His enemies feared him. He had achieved great things for Judah, and at some point he forgot that it was the Lord’s doing, not his. His pride swelled and he forgot the Lord, and Uzziah fell away.

The chronicler goes on to describe in detail how King Uzziah’s pride manifested itself in verses 16 to 21. Uzziah in his pride was not satisfied to be a great king. He determined to take to himself the responsibilities of the office of priest as well by entering the temple of the Lord to burn incense on the altar of incense. This duty was strictly limited to the priests in Exodus 30 and in Numbers 16 and Numbers 18. To violate this was a capital offense.

Rather than repent, what does Uzziah do? Verse 19 tells us: He became angry with the priests. And although what Uzziah had done was worthy of death, the Lord spared his life, but there were severe lifelong consequences for him. Verse 20 we read that the Lord struck Uzziah with a skin disease described as leprosy that rendered him unclean and unqualified to continue as king for all practical purposes. In verse 21, the chronicler says Uzziah remained a leper the rest of his life and was required to live in a separate house, away from his residence and the temple. Jotham, his son, became a co-regent to rule the people from that time forward. If living the rest of his life as a leper and removed from exercising his duties as king wasn’t enough, we read in verse 23 “and Uzziah slept with his fathers and they buried him with his fathers in the burial field that belonged to the kings, for they said he is a leper.” Uzziah rested in royal land, but not in the tombs of his fathers. It’s a final dishonor. Even in death, says one commentator, Uzziah did not lose the shame of the skin disease which he received as a result of his infidelity.

The Discipline of Distinction Comes to Us When We Have Achieved

Edman says, “The discipline of distinction comes to us when we have achieved a place of prominence, a plane of privilege, a plateau of prosperity, and pleasure of plenty. In prominence do we have the humility of heart that marked us when we followed closely after the meek and merciful Man of Sorrows? … In privilege do we have the concern for the rights and feelings of others that we had when we were ourselves obscure and unimportant? … In prosperity do we have the same tenderness, even tearfulness, of heart and trust in the provision of the God of all grace and comfort that we had when we were penniless in purse and poor in spirit? … In our pleasure of plenty do we remember that once we were in painfulness and weariness, that it was of the Lord’s mercies that we were not consumed, that His grace was sufficient, that ‘every good gift and every perfect gift … cometh down from the Father of lights, with whom is no variableness’? (Jas. 1:17) (pp. 206-207)

Edman says the real test of character comes when we are exalted and extoled. This certainly is confirmed by the account of Uzziah. Edman says of Uzziah, “He could stand poverty but not prosperity, work but not wealth, toil but not triumph, struggle but not success, duty but not distinction. His heart was lifted up, only to his destruction” (p. 207).

“The discipline of distinction speaks thus: Are we as tender toward sin as when we first were lost? As thankful toward the Saviour as when He saved us? As thoughtful toward others as when we shared a cup of cold water, all we had? As thorough in our study and our service as when we began to tell others about His grace? As trusting in His promises as when we were poor? As trustworthy in our stewardship as when we tithed joyfully our meager resources?” (p. 208).

Edman says that this contrition of heart “will keep one always contemptible to himself, contrite before the Lord, cautious to hear any appreciation for others, concerned ever with the welfare of others and oblivious of his own pleasure” (p.208).

“May God grant to us the stern discipline that will enable us to regard distinction as a stewardship to be used in His service, bringing with it deepened dependence upon Him, more definite devotion to duty, c. disinclination to hear the adulation of others, distaste for the praise of men, death to self-interest, and daily delight in doing His bidding” (p. 208).

The chapter closes with this poem (Edman does not cite source nor author but many on the internet credit Meade MacGuire, a prominent Adventist leader and author who lived from 1875 until 1967.

“Father, where shall I work today?”

And my love flowed warm and free.

Then He pointed me out a tiny spot,

I answered quickly, “Oh, no, not that.

Why, no one would ever see,

No matter how well my work was done.

Not that little place for me!”

And the word He spoke, it was not stern,

He answered me tenderly,

“Ah, little one, search that heart of thine;

Art thou working for them or me?

Nazareth was a little place,

And so was Galilee.”