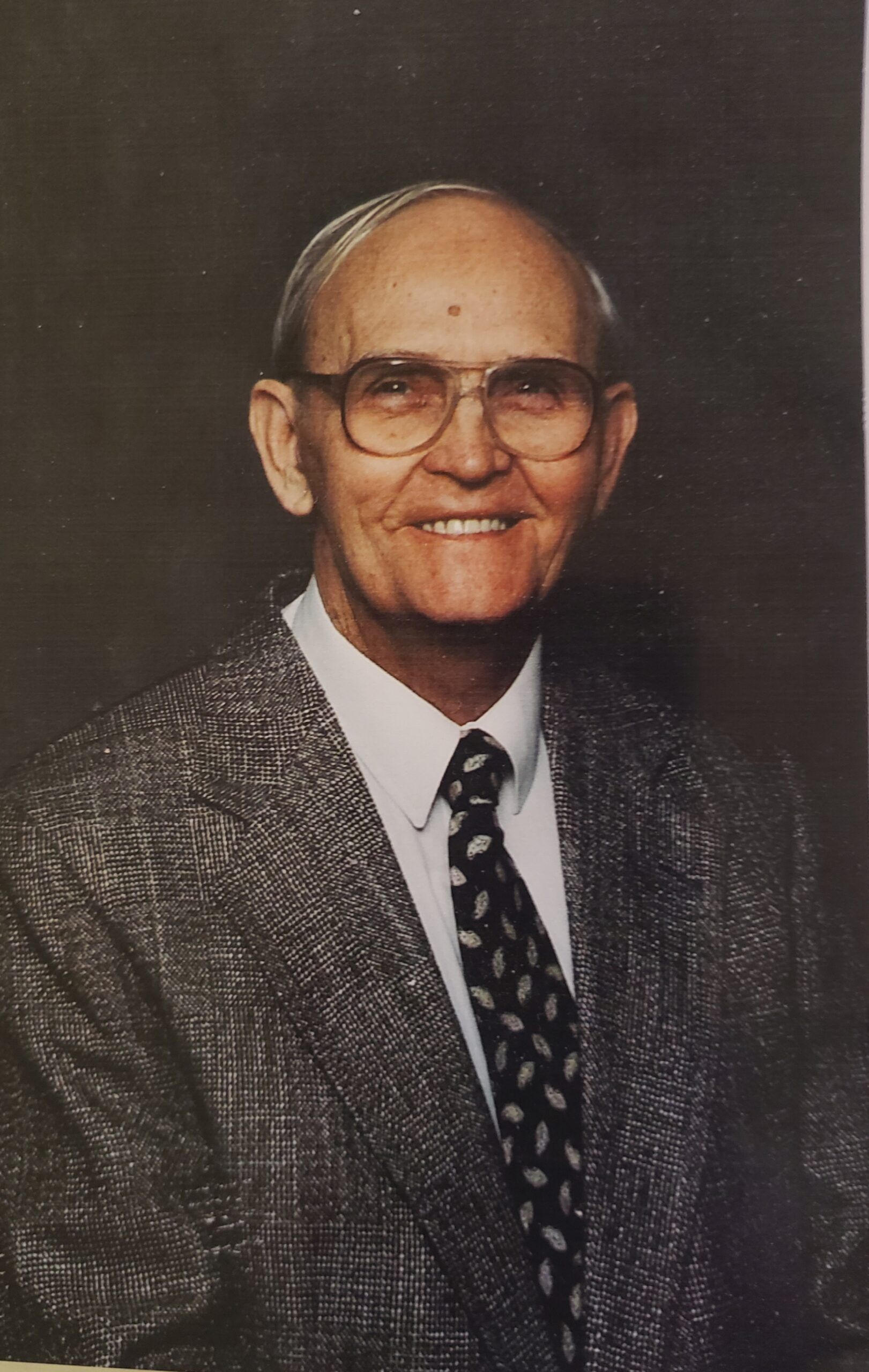 In the first article, we sought to establish (1) God does have a marriage law; (2) it can be and often is violated; (3) the consequences of that violation is sin; (4) unless that sin is forgiven one is lost and cannot enter heaven; and (5) to have those sins forgiven, one must comply with God’s terms of forgiveness, if he is a child of God or an alien. Now, we would like to focus our attention on types of violations. You may be surprised to see us point to this aspect of the subject. However, I suggest to you that herein lies the potential for prevention. Knowing is not enough; an essential part of being able to avoid mistakes and wrongs is to know what mistakes and wrongs are.

I. Default (withholding or deprivation, 1 Cor. 7:2-5). Every man is to have his “own wife.” Likewise, every woman is to have her own husband. A husband that does not give himself to his wife is not observing God’s rules! Likewise, a wife that does not give herself to her own husband is violating the law of God. Worse things have occurred in the marriage relationship due to this basic violation. Prostitutes have recognized this (some have said that if wives served their husbands well they would be put out of business). Such is true. I am convinced that if some husbands had endeavored to satisfy their wives as they deserved, then “another man” would not and could not have entered the picture.

Marriage is designed to meet a very basic need of man, the sexual drive, which is a part of every “normal” man and woman. Paul, the inspired apostle of the Lord pointed to that and specifically charged each not to “defraud ye one the other;” he pointed to the danger that one is placed in when he has withheld from him that which is to be supplied in the marriage relationship. “Satan” is well aware of that basic need and will. take advantage of the deprivation to “tempt you . . . for your incontinency” (v. 5). Abstinence in this area is to be done only with the “consent” of both, only for a short duration, and for a higher purpose (“that ye may give yourselves to fasting and prayer; . . .”). I suggest that a violation of this basic need has led to many a broken home and broken lives; it will produce a multitude of souls in hell for an eternity.

“Love” of the wife by the husband is demanded by the Lord (Eph. 5:25). He who withholds this is violating God’s law, depriving his wife, and injuring his potential for happiness here and now and forever. Submission of the wife to her “own” husband is, likewise, demanded by the Lord (Eph. 5:22). She who withholds this is disobeying God, hurting her husband as well as those who view her life as a Christian, and playing in the flames of hell. May we, beloved, see the Lord’s law. Believe it. Be careful that we apply it, speak it, and love it! Be not violaters of God’s law, least ye be broken by it!

II. Triangle (creating a three party system 1 Cor. 6:16-18). By bringing in a third party, one is guilty of turning a two-party-God-approved relationship into a three-party-God-disapproved relationship. At this point, it is necessary that we look at the meaning of two words: adultery and fornication. English generally distinguishes between them on the basis of being married or unmarried; (1) “fornication” being defined as sexual intercourse between unmarried individuals and (2) “adultery” being between a married person and one other than the one to whom he is married. The Greek words from which these words are translated are: (1) Porneia-fornication; it is the general term that is used to describe all kinds of illicit sexual intercourse; (2) Moicheia-adultery is the specific act of illicit, unlawful sexual intercourse between a married person and another. So, in the New Testament, the ford fornication is the broader term and would, at times, embrace the concept of “adultery” too. But, I suggest to you that there are at least three types of “adultery” spoken of in the New Testament (Matt. 5:28 “heart”; Matt. 19:9 “marry another”; Jn. 8:4 the “act”).

Fornication is a unique sin (1 Cor. 6:16-18). Paul mentions that “every sin” that a man commits, other than fornication, is “without the body;” but fornication is sinning “against his own body.” This verse tells us something about the meaning of being “one flesh.” So, the point, if I understand it, is that when people are “joined” together in the sexual union they are the “one flesh.” This is not saying necessarily that fornication is the worst sin that can be committed, or that it is really any worse than another. But it is saying that it is different from all others, or else I am missing the point completely.

He who will serve God cannot tolerate this sin. God did not tolerate it with Israel (Jer. 3:8). A person who commits fornication in weak moments and then asks to be forgiven, should be forgiven (Lk. 17:3-4). However, when one continues to commit this sin and does not repent and turn to God, a person who is dedicated to God must withdraw from that relationship. A person who will continue to allow such sin to be committed without withdrawing and denouncing it will become a party to the sin (1 Cor. 5:6). Evil is to be recognized, denounced, and separated from (2 Cor. 6:15-18). In our land today, the concept that extra-marital sexual relations is being advanced as being “good” and necessary to “save” some marriages. Such is ungodliness at its peak!

III. Divorce (Putting away a person who has not been unfaithful). Jesus said to “put away,” saving for the cause of fornication, is to cause “adultery” to be committed. Thus, that person who puts away for any other reason would be guilty of violating God’s law. He who so acts, places a person in a position that he is deprived of a need and, thus, tempts him to become a part of a relationship that is not approved of God. Marriage is entered so as to fulfill this need, along with other needs that we have already mentioned. So, let every person who is about to take this step think! Look and see where it will lead.

God tells us that He “hateth putting away: . . .” (Mal. 2:16). Paul dealt with the same concept, as we have noticed before (1 Cor. 7:10-11). First, determine to never depart, but if that step is taken, then be sure that you remain unmarried or be reconciled to the one from whom you departed. Not, enough is spoken about this by teachers and thus young people grow up ignorant of the Lord’s teachings. Therefore, they plunge head-long into something that is to be for life, thinking if it does not work we will “try again.” Are Christians guiltless who allow this to happen, without having done all to advocate the truth of God’s word? I think not!

IV. Remarriage (Matt. 19:9). If a man puts away a wife without her having committed fornication and then marries another, the Bible is as clear as can be that he is guilty of “adultery.” If the one that is put away marries another both she and the one she marries is guilty of adultery. In other words, if two people are married, they divorce and remarry without fornication being committed, then there are four people guilty of “adultery.” This principle is disregarded by many and denied and denounced as “untrue” by many others; some of them claim membership in the “Church of Christ.”

Paul deals with this point in Rom. 7:2-3, not using the exception. If while her husband lives, she be married to “another man” then she is an “adulteress.” Question: a woman marries another man while her husband is alive, so the Bible says that she is an adulteress; now ten years passes, is she any less an adulteress than when it first occurred? What about after twenty years? In fact does time have any bearing on the matter? No! It does not matter if it is fifty years later, she is still an “adulteress.”

Some try to say this woman would be guilty of polyandry. However, the Holy Spirit did not cause Paul to call her a polyandrist; rather he called her an “adulteress.” However, the people who charge her with being a polyandrist would admit that she could not remain such and be pleasing to God; the extent of time she remained would have nothing to do with taking the guilt away. She would have to cease being a polyandrist, if she wanted to become a “saint,” one sanctified by God’s grace and cleansed in the blood of Christ.

There are many theories regarding the violations of God’s marriage law, the consequences, and/ or application of the truth. The next two papers shall be an effort to examine those different theories which are presented by brethren on this matter. I hope that your interest will continue, and that you will give a fair hearing to the things that are said. Then after you clearly understand these concepts, you will evaluate them in the light of God’s word. Having done that, you will then decide what is required of you as an individual; also, you will need then to decide what you feel is required of the congregation of which you are a member.

In closing, however, let us ask the question: Have you violated God’s law in regard to this or any other matter? If so, have you met the requirements to have the transgression forgiven? If not, will you not meet those requirements before it is too late, and you have to suffer the consequences? My prayer is that you have complied with God’s requirements.